The list below encompasses most of the species you will run into while on any of our guided fishing trips, but a full list of Alaska fish species can be found here.

Beginners and experts alike enjoy success as our expert guides maneuver the boat to the fish- but once it’s hooked it’s all you!

Silvers salmon is an acrobatic species that readily take spinners, spoons, and flies with equal abandon. Nearly as popular as the famous Kings, they are very popular with our returning guests.

Sockeye Salmon (6/5 – 7/31) may be Alaska’s most amazing sport fish. The first run migrates up the Kenai to the Russian, however, it’s the second run, in July, which our guests get excited about. Thousands upon thousands gang up in front of the lodge and make for great fun in the evenings after the King trips are over A great bonus species in July, their eggs and decomposing bodies provide nutrients for the fat rainbows we love in August and September.

The Area and it’s surrounding rivers consistently produce some of Alaska’s most impressive Rainbow Trout and Dolly Varden catches. Our best fishing is August and September, with good catches available from the middle of June on. As they are a resident species we practice catch and release on all Trout species. Vying for the Kings for most popular sport fish in Alaska, the Rainbow combines with our excellent Silver salmon for great late season angling right up until the end of September.

Halibut reside in the deep, cold waters off of the western and eastern sides of the peninsula. Early in the season, we target them in Cook Inlet, often combining trolling for King salmon with bottom fishing for the giant Halibut. The Halibut is a delicious fish, best known for it’s culinary, rather than it’s fighting qualities. That being said, the large “barn door” specimens of 100+ pounds do put up quite a battle, and most guests long remember their Halibut adventure,

Transportation from Anchorage to Kenai is available by either air flight or auto. A thirty-minute commuter flight will have you at the Kenai Airport, where car rentals are available, or you can enjoy a spectacular three-hour drive along Cook Inlet, through the Chugach Mountain Range, and along the upper Kenai River. 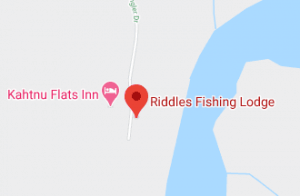